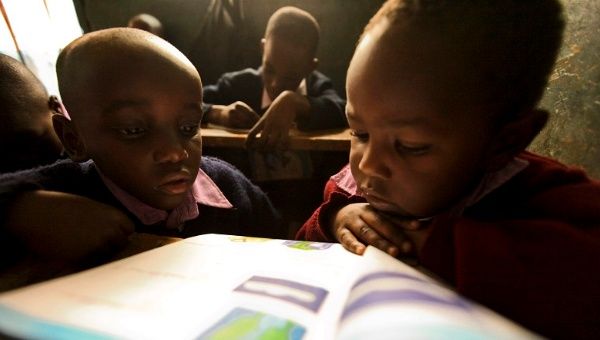 The U.K. government could be violating children’s right to education by funding for-profit schools in developing countries, according to international campaigners, who are trying to put a stop to the practice.

International campaigners, which include ActionAid International, Global Justice Now and the Right to Education Project, have joined forces with teachers unions in the U.K., Ghana, Uganda and Kenya to submit a report to two United Nations human rights committees that assesses the legality of the U.K.’s support for private schools in developing countries under human rights law.

Nick Dearden of Global Justice Now explains: “The British government is a world leader in using aid money to push privatised education on Africa and Asia. They treat these continents as guinea pigs for a model which is also being increasingly pushed here – running education for profit rather than need. It’s shocking that the aid budget is being used to fuel the profits of education multinationals.”

According to a Global Justice Now press release, the campaigners are worried about the increased use of British aid money to support for-profit primary schools, in particular so-called “low-fee” private schools.

The campaigners say these type of schools are fuelling inequality and undermine the right to education as, “Besides charging fees, in contravention with the states’ obligations to provide free primary education, they are actually unaffordable in any case for the poorest families, and their development fuels inequality and discrimination in countries such as Ghana, Kenya and Uganda, both against poorer families, minorities, and girls, who are less likely to be educated in such schemes.”

The campaigners worry the U.K.’s move is “ideologically driven”

Delphine Dorsi, the executive coordinator of the Right to Education Project, said governments are obligated to help developing countries implement free education, not undermine them:

“States have the obligation to ensure its full realisation for all both nationally and extraterritorially. This includes the obligation to contribute to the implementation of free quality education, and certainly, to not run against developing countries’ efforts to provide free education.”

Both U.N. committees, the Committee on Economic, Social and Cultural Rights and the Committee on the Rights of the Child, are currently reviewing the U.K.’s human rights records, with the final pre-sessions review, which serve to prepare the formal review, taking place Oct. 14.

The campaigners worry the U.K.’s move is “ideologically driven,” as the country’s Department for International Development seems to have conflicting visions of education under the right-wing Conservative Party government, led by Prime Minister David Cameron.

On the one hand, DFID backed a report in 2014 that found private schools unfairly benefit boys, questioned the affordability of private schools, and also reported that “private school teachers are often less formally qualified, have low salaries and weak job security” and that it is “ambiguous about whether private schools geographically reach the poor.”

On the other, DFID’s 2011-2015 operational plan states that “private enterprise is not just a generator of wealth but also a provider of critical basic services.”

According to the campaigners, DFID spent 13.5 percent of its total bilateral aid on education in 2013. “In recent years, DFID has been increasing its funding of the private sector. Even though a relatively small part of U.K. aid, it is increasing, and is a government priority,” the press release says.