English as the language of university education…

An article that appeared recently in the education supplement of the French newspaper “Le Monde” highlighted the dissatisfaction among students and professors at HEC Montréal about the increase in the number of courses offered in English, at this primarily French-speaking business school. In the Canadian “Belle Province”, which places huge importance on preserving the use of the French language, this shift is seen by many as an affront, a surrender, or even a sell-out. Why does HEC Montréal, which has existed since 1907 and attracts students from across the world, need to subject itself to the tyranny of the English language?

The reasons for this are simple. On the one hand, the globalisation of trade relies on the widespread use of English. It’s the language of business, that we sometimes call “Globish” (for ‘global English’), which is used everywhere. So it has to be part of the educational baggage of those who want to participate in this very connected world. “Globish” is very often mocked for its linguistic poverty; at the end of the day, if it were taught at university, thus improving its general level maybe this would enable a more subtle and beneficial level of communication that would increase mutual understanding, not only benefiting global trade!

On the other hand, the market (yes, it’s now a market and we can’t ignore that fact) in higher education is a global one. A university’s strength and reputation, and ultimately its sustainability, are based on its ability to attract foreign students and teachers. And, for better or worse, it’s English that is leading the pack. English-speaking countries, beginning with Great Britain, have taken advantage of this quite happily over the last twenty years, building a real knowledge economy and increasing their capacity to welcome foreign students. Old industrial cities such as Nottingham, fuelled by the strong demand represented by the ambitions of middle-class Chinese, Indian or African parents, have seized the opportunity to extend their campuses and their course offerings. One of the brand-new campus buildings of the University of Nottingham is built on the site of the old Raleigh factories, one of the flowers of the English industrial age. Non-English-speaking countries with a university tradition have jumped on the bandwagon as well. In China, Japan, Holland, Denmark, Sweden and even Romania, some universities offer courses taught entirely in English. This does not facilitate the integration of foreign students in their host countries and we can complain as much as we like that those without a curious mind will learn very little about the culture there, but it’s happening nonetheless. English is fast becoming the preferred language in higher education. But ironically, some US universities such as Princeton are putting in place compulsory language courses (non-English) for their students to broaden their horizons and enable them to learn to be more tolerant of different cultures.

What conclusions can we draw for our children’s education? Knowledge of English has become an essential skill for their higher education and will bring certain benefits in terms of finding a job. Courses with exchange programmes in foreign universities or with full-immersion apprenticeships in foreign countries are becoming the norm. Admission to the best English-speaking universities is often conditional upon the student having a good level of English, backed up by good grades in international exams such as TOELF (Test of English as a Foreign Language), IELTS (International English Language Testing System) or the Cambridge Advanced Certificate. Some organisations offer accelerated courses for the different tests,

Other than this utilitarian argument, there are many other benefits to starting a bilingual education early, whether at school (this is easier, but there have to be bilingual schools in the area) or via extra-curricular activities, which are sometimes offered by community associations. A Canadian study highlighted the benefits of an early bilingual education and showed that children who speak two languages find it easier to resolve problems with contradicting instructions, and are more flexible and more focused.

The founders of Enko Education launched the Enko Schools in sub-Saharan Africa because they are convinced of the necessity to offer an international education, with fluency in English that goes beyond a basic utilitarian level, and because they know that the future of the African continent belongs to a generation of leaders who have studied in renowned international universities. Enko students learn English throughout their school career, which opens the doors to the best universities.

Are you an educator, teacher, parent or student? Tell us what you think by commenting on this post! 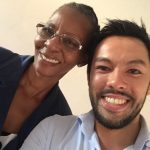 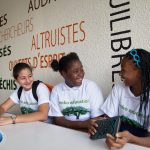 The characteristics of an IB student, in 10 quotes…Enko Blog