70 students from the two schools will thus be starting the IBDP, a demanding two-year programme allowing students to intensely extend their basis of knowledge while flourishing physically, intellectually, emotionally and ethically. In June 2021, the first classes will graduate with the International Baccalaureate diploma in hand, the high school diploma offering the best admission rates to the best colleges in the world.

These students will also benefit from Enko Education’s exclusive University Guidance Programme, which will be individually assisting them through their college application processes and has already helped Enko Education graduates get into top schools from all around the world such as Concordia University, the University of British Columbia in Canada, Yale College in the USA, ESSEC, Polytechnique in France and the African Leadership University in Rwanda.

The two schools were accepted via an accelerated authorization process, hence testifying to the expertise of Enko Education’s academic staff and to their advanced knowledge of the IB programmes. Mr. Keith Allen, Pedagogical Manager at Enko Education, supported both schools through the accreditation process. “I would like to salute the perseverance and professionalism of both schools’ teams and, more importantly, Mrs. Louise D’Aragon and Mr. Thierry Adam, Heads of the Enko schools in Mali and in Burkina Faso, for having rigorously overseen each and every single phase of the IBDP authorization process.”

Enko Education now accounts for 13 schools in Africa and will be opening its 14th school in Gaborone, Botswana. With 9 of its schools accredited by the IB, Enko Education is the largest network of schools in the world of IB schools in Africa. “For the past five years, Enko Education has successfully gained IB accreditations in a year. History repeats itself in Burkina Faso and Mali, countries where no other school had ever been officially accredited. We wish to continue developing our model to offer IB programmes in many more countries” shared Mr. Eric Pignot, Founder and CEO at Enko Education. 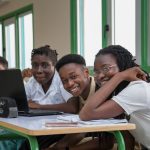 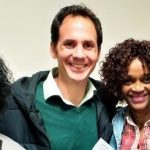