IPC came into being in 2013, co-owned by five individuals: Jeremy Skeen, Heidi Segeren, Joan Hope-Jones, Cecilia von Molendorff and Lynne Arnott. When prestigious St Stithians moved away from the Cambridge programme to focus on the South African national curriculum, its international section’s qualified teachers, led by Joan Hope-Jones, created the college then known as IPC. As stated by Joan Hope-Jones, IPC’s Founding Principal, “The future of my students is my first priority. IPC has provided them with high standard education, with Cambridge accredited and highly experienced teachers. I believe that joining the Enko Education network will further enhance the opportunities that we strive to offer them.”

As a new member of the Enko African family of international schools, IPC has been renamed Enko Santon. This will be Enko Education’s third acquisition, thereby reinforcing the group’s solid history of bringing continuity to excellent institutions while enhancing its growth opportunities through its fast-growing network. “Many owners of schools want to ensure the continuity and development of their institutions. Enko Education has built expertise around welcoming into its family schools that are seeking to provide an international education and that share our values”, explained Eric Pignot, CEO and founder of the group.

About Enko Education
Enko Education is a fast-growing network of international schools in Africa, which aims to prepare its students across the continent for admission to world leading universities. Enko Education has developed an innovative model, based on globally recognised programmes such as the International Baccalaureate Diploma Programme (IBDP) and the Cambridge curriculum. The group opened its first school in September 2014 and now operates 13 schools in seven countries: Cameroon, Ivory Coast, Senegal, Mozambique, South Africa, Mali and Burkina Faso. Enko Education aims to open 30 more schools in the next five years. Enko Education is financially supported by international institutions including Proparco, I&P, Oiko Credit and LiquidAfrica. 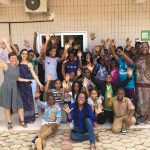 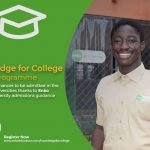