We talked in a previous post about the environmental project being carried out by the students at the MSS John Wesley in Abidjan. 16 March 2017 represented a key milestone in the development of this project. By Noëlle Delhomme, head of the MSS John Wesley.

A grand ceremony organised by the Regional Department for National Education was held in the courtyard of these two public secondary schools in Abidjan this morning, 16 March, on the anniversary of the death of SOUNDELE KONAN, one of the first heads of the SODEFOR, a government organisation responsible for the protection and development of the Ivorian forest.

In the presence of distinguished personages representing the Adjamé Town Hall, the National Ministry of Education, the “One School, 5ha of Forest” project and UNESCO, and before hundreds of students and invited guests, the students of the Ivory Coast Enko Education establishments, founders of the Soundele Konan Environment Clubs, inducted the new members from Schools 1 and 2 in Adjamé under the watchful eye of Mrs Adrienne Soundele, founder and managing director of the Soundele Foundation.

The Soundele Foundation has signed a partnership agreement with the National Ministry of Education and Technical Education for the promotion of actions to raise awareness and improve education in terms of environmental issues. 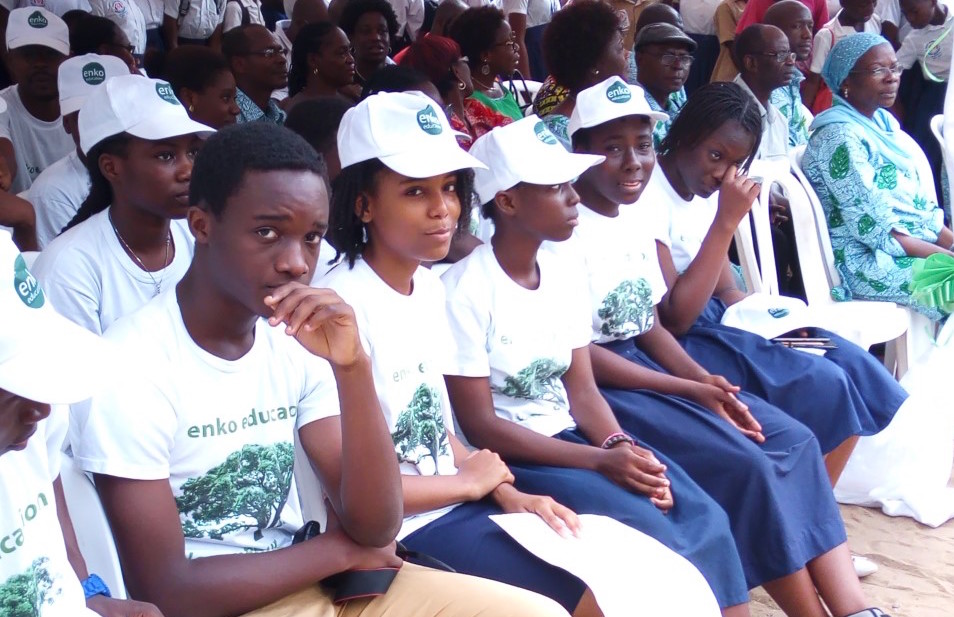 This is why our two schools in Abidjan have created the first Soundele Konan clubs in Ivory Coast, as the activities of the Foundation are in keeping with one of our major concerns: education about the environment and the implementation of concrete actions at our level, to shake things up and get things moving.

The Nangui Abrogoua schools are located in Adjamé, a densely populated area of Abidjan, right in the middle of a sprawling market that is literally suffocating them. Getting to the schools is a real challenge, with noise and other disturbances a constant problem. More than 4,000 students are crowded into two rather unpleasant buildings, sharing a modestly sized sandy courtyard. One single tree, a large neem, provides a modicum of shade over the play area.

When the Abidjan 1 Regional Department for National Education (DREN A1) decided to make it a priority to upgrade these schools, the Soundele Foundation and the Enko schools immediately responded.

The Enko International School at the MSS John Wesley and the Enko Riviera school therefore financed the realisation by the Nangui Abrogoua students, under the direction of Alfred SANSAN, a painter from Grand Bassam, of a fresco depicting the Ivorian forest, and donated a royal palm tree, which was planted in the courtyard at the close of the ceremony this morning.

As soon as they are large enough to be transplanted, young trees provided by SODEFOR and grown on the Angré campus will be donated to the Soundele Konan clubs at the two Adjamé schools so that they can continue the work begun this morning in a spirit of enthusiasm and good humour. 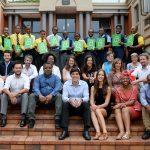 “Mission Impossible”? Four points to take away from the Enko seminarEnko Blog