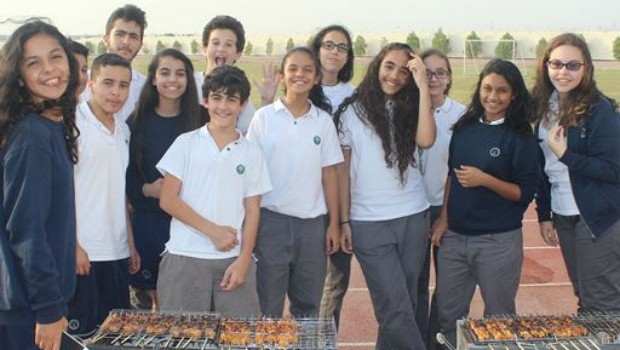 A new consortium of investors including one devoted to Islamic education plans to build more than 20 schools in Africa over the next three-to-five years, each costing between $20 million to $30 million, GulfNews reports.
Dubai-based Investbridge Capital and Nairobi-based Centum Investment Company have partnered with Sabis Holdings to launch a new company that plans to invest in African education.
Investors identified Kenya as the first country to be getting a school. Uganda, Tanzania and further expansion in Egypt is expected to follow, according to Gulfnews.
Rising incomes in Africa have created a pool of customers willing to pay for private schooling for their children, Globe&Mail reported. This is driving an explosion in education businesses and Africa could soon rival Asian countries like India as the next big hit with school investors.
“Education is one of the key areas of growth across the African continent,” said James M. Mworia, CEO of Centum, according to GulfNews. “Kenya, in particular, is currently undergoing a transformational phase for quality K-12 education.”
Investbridge is a privately owned asset manager and corporate advisory firm, according to GulfNews.
Centum is East Africa’s largest listed investment company. Its shares are listed on the Nairobi and Uganda stock exchanges. Centum has a real estate development subsidiary, Athena, considered a market leader in master developments and mixed-use properties.
Sabis is a global education network with a significant presence in the U.A.E. through Choueifat schools.
The International School of Choueifat is a collection of private schools run by Sabis. It has schools in 16 countries operated by three independent corporations with headquarteres in the U.S., Lebanon, and the U.A.E.
Choueifat started out as a secular school, according to Wikipedia. It’s known for strict discipline including frequent use of detention. The school is also known for emphasising education of women. Prominent alumni include the novelist Emily Nasrallah and the educator Leila Saad, Wiki reports.
The Abu Dhabi school branch was the subject of an scandal that involved the alleged physical abuse of an 8-year-old boy.
In 2014, the International School of Choueifat, supposedly a secular educational facility, changed its own rules on discrimination against students on religious grounds, Kataeb.org reported. New Sabis regulations banned students with Christian crosses from entering classrooms. Hijabs, a Muslim symbol, were allowed.
In July, 2014, Lebanese Education Minister Elias Bou Saab said Sabis’ new regulations banning crosses while allowing the hijab violated student freedom of religion granted by the Lebanese Constitution, according to a DailyStar report.
The new investor consortium will develop a network of schools across Africa to be operated as part of the Sabis network, GulfNews reports.
Investbridge Capital CEO Mark DeSario said, “A young and growing population, government support and urbanization will drive expansion in K-12 education in Africa, currently considered one of the last major frontiers of GDP growth.”
Source: AFKI