The new challenges involved in educating the African elite: integration of “repats”

Educating the elite classes only to see them leave to continue their studies and then follow their career abroad…such has been the painful experience of many African countries since they became independent. The “brain drain” in Africa was a real issue until the beginning of the 21st century.

The end of African pessimism

For some years, after the pessimistic narrative of the collapse of the continent, which among other things deplored the “brain drain”, a new and rather more encouraging trend has been developing: that of the “repats”, or Africans who left to seek an education or a future on other continents and who have decided to return to their native country or to another country in Africa, to work there. These “repats” are often seen as an opportunity for a globalised Africa, where they will be able to take advantage of their experiences in terms of the economies in the countries where they lived. Depending on the economic or political situation in their country of origin, they may choose to relocate to other countries on the continent. Thus, the well-known Cameroonian Achille Mbembe having chosen to begin his career in France and Germany, chose to come and work at Wits University, the famous university institution in Johannesburg. Financier and Enko co-founder Cyrille Nkontchou, also from Cameroon, has also moved to Johannesburg, which has the largest stock exchange on the planet.

Turbulence during the financial crisis of 2008

The beginning of the trend dates from the beginning of the 2000s. But one of the factors that accentuated the phenomenon was the financial crisis of 2008 and the resulting tensions on the job markets in western countries. The grass is not always greener on the other side of the fence, even for young graduates from very good universities. The trend has been observed in Nigeria and in South Africa, but it affects a number of the larger countries on the continent. Urbanisation and the development of metropolitan areas, improvements in communications, economic investment on the continent and an attractive standard of living for executives are drawing candidates back home, just as much as a desire to re-establish contact with their culture and their roots. Some also want to “give back” to their communities, or feel that they can add more value on the continent than they can in the western world, or they want to see their children grow up in their native culture. For many, it’s a combination of all these things.

Is the grass greener for the “repats”?

Stories told by the “repats” show that sometimes, the reality is more complicated than they had thought, even though most of them know that they cannot simply retrace their steps in the other direction. There’s not necessarily a warm welcome for them when they get back. Obstacles arise not only from the local economic environment but also from more cultural factors. Their choice to return is not always well-understood by others in their country of origin, by their families, or sometimes by colleagues. The most favourable option is to get a job with a multinational company. Africans who return to a local community without this option must re-adapt to habits and customs that are not always very similar to those that they had got used to during their studies and the beginning of their career.
Two recent literary works, very well-known in their different genres, illustrate “repat” experiences that are not altogether obvious: “L’arabe du Futur” by Riad Sattouf and “Americanah” by Chimamanda Ngozie Adichie.
In “Americanah”, Chimamanda Ngozie Adichie writes about the very different experiences of two Nigerian adolescents, Ifemelu and Obinze, who are in love. They both want to escape the tense political atmosphere in Nigeria, and open up more opportunities for themselves by studying abroad. Ifemelu is accepted at a prestigious American university, while Obinze travels to the UK as an illegal immigrant but quickly returns to Nigeria, very distressed by his experiences. Ifemelu discovers what it is to be cold, and experiences true culture shock in the United States, but she hangs in there, obtains her diploma and launches a successful blog with the African-American population, reflecting on the issue of race in the United States as seen by an African immigrant. Despite her successful integration, after several years she decides to return to Nigeria, and finds Obinze there. The main interest of this internationally acclaimed novel is the reflection on what it means to be black in the USA and in Nigeria. But it is also interesting because of the author’s very accurate and vivid description of the African student’s difficulty in adapting to life in a US university, and then re-adapting to life in her home country.
The economic practicalities are just not the same. The distribution of places in economic systems is largely linked to the development of the local networks, which isn’t always rational. The example of Obinze, who had returned several years earlier, enables her to see the flaws in a country that she had previously idealised. Many “repats” describe these obstacles to reintegration. This is the subject of the “L’arabe du Futur” series by Riad Sattouf, an autobiographical series of books in which we see the author’s father, a convinced pan-Arabist who returns to Libya and then to his native Syria after having earned his doctorate in France, little-by-little abandoning his dreams of the professor’s position in the university to which his qualifications would entitle him, and realising that the university world sees academic education as less important than political connections.

Preparing for departure, and preparing for return… the benefits of attending an Enko school!

Upper-middle class parents of young African students dream of an international education for their children, at the very highest level. There are very few African universities that meet this need and the recent upheavals in the African university world (repeated strikes in Senegal, #feesmustfall movement in South Africa to name just two) are driving these parents to continue to send their children abroad (see article here). Even so, these parents want to see their children depart and return under the best possible conditions. This is why choosing an international education, at the very least for secondary school, is a good option. This enables students to develop their linguistic skills, to see how they measure up to an international curriculum that teaches them to develop their independence and critical thinking. It also prepares them for the admissions process to the big international universities, and helps them adapt to university life abroad. Finally, the students’ work on their CAS projects helps them, along with their academic education, to reflect on their own community and to be aware of its needs, so that they have a better understanding of how to integrate on their return.
Do you want to find out more about the Enko schools and their curriculum? Contact us via the form on the website, or send us an email at contact@enkoeducation.com! 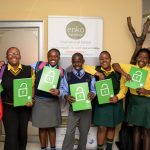 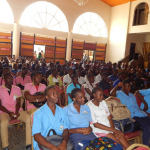