One of the consequences of Africa’s increasing influence in the world is the growing need for well-educated leaders, who are in touch with the issues associated with globalisation. The aspiration to a high-quality education is standard among Africans. In fact, the December 2015 issue of the Afrobarometer established that it is one of the top three priorities of those surveyed. Enko Education was created to meet this demand. Enko’s objective is to set up international schools in sub-Saharan Africa, allowing a greater number of college students to access the very best universities in the world.

Enko Education is also a venture by people who are passionate about education, who want to promote schools that nurture the African talent of tomorrow and give these talented individuals the opportunity to become future leaders, who will return to develop their communities and help them grow. Because, as Nelson Mandela said, the future of a country (and all the more so of a continent) is measured by the quality of the next generation. Enko seeks to offer an innovative international education, based on the inspirational IB teaching methodology, which encourages students to ask questions and to challenge, arousing curiosity, promoting critical thinking and creating in-depth rather than superficial learning.

To support the development of the network and the local schools, Enko Education has recruited a team of passionate professionals: the teaching staff, led by heads of schools with recognised expertise in the IB system and made up of highly motivated teachers, as well as the development team based in Johannesburg.

We wanted to create the Enko Education blog to share the experiences of the Enko schools and of their students, teachers, parents and the team that is the driving force behind this entrepreneurial venture. We also want to share our ideas about education and keep you informed about the highlights of the school year and the preparations under way for entry into universities, as well as offer a broader response to questions about the education community and the network. This blog is your blog, so we welcome your questions and comments. 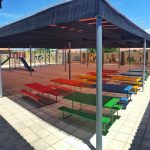 Choosing a school for your children: questions to ask (yourself)Enko Blog