As a part of our initiative of engaging a discussion with bloggers, thinkers, parents, learners, educators, professors and whoever is interested in participating in a debate about education in Africa we are proud to host the first post sent by Leonard Tafadzwa Mundida from Joburg!

About the author: Leonard Tafadzwa Mundida is a Zimbabwean living in South Africa. He works as a trainee chartered accountant and does photography and weightlifting in his spare time. He blogs at tafadzwa.mundida.com

Primary and secondary education in most parts of the world is perfect if you want to produce production line workers. Kids are taught to parrot the text book answer, to stay in line, and not to rock the boat. Africa in particular lags behind in updating the education system. A friend of mine pointed out that computer science students in some schools still learn about floppy disks. It has been at least 10 years since anyone made one.

Africa needs not only to move at the same pace as everyone else, but to advance at a much faster pace given how much further behind our starting point is. Here are 3 ideas I think might contribute to said acceleration.

“A human being should be able to change a diaper, plan an invasion, butcher a hog, conn a ship, design a building, write a sonnet, balance accounts, build a wall, set a bone, comfort the dying, take orders, give orders, cooperate, act alone, solve equations, analyze a new problem, pitch manure, program a computer, cook a tasty meal, fight efficiently, die gallantly. Specialization is for insects.”

If you want someone to make widgets on the assembly line, you couldn’t care less about their abilities in other fields. Same applies with a typist or bookkeeper. It is almost certain however that these jobs will not be done by humans for much longer. Robots are much more efficient.

The current education system rewards rote learning. The ability to remember facts is held in high regard. Textbook formulas and definitions are all that matter. This was all very important a few decades ago when information was scarce and facts could only be obtained from the textbook. However, we now live in an age where information is abundant. Google (or any other search engine of your choice) makes an incomprehensible amount of information available to anyone with a web browser.

What to do with the information is the valuable skill. Students should be taught, from an early age, to use the facts to make logical arguments. School should ultimately teach one to think, not merely inform you what other people think.

I work as an accountant. Most of the time I don’t even own a pen.  Most of my work is done on spreadsheets. Even this article was never written on paper. Yet I spent almost no time in school on a computer.

In this day and age, there is no reason why less than half of a student’s time in school should be spent in front of a computer screen. Pen and paper is the technology of a few millennium past. Whatever industry a student will ultimately work in, computers are almost certain to play a prominent role. They are where all the innovation is.

If students use calculators in a maths exam, why not use Microsoft Excel? 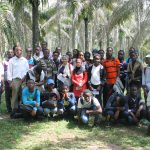 Support the environment in Abidjan…with the International section at Enko John Wesley!Enko Blog 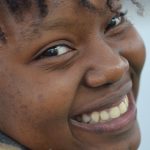