“You are going to shape the future of Africa in the next 15 years; I am certain they will be rich” Those were the last words of Mr Alioune Ndiaye, CEO of Orange Middle East and Africa, to the 1,000 Enko Education students gathered on Zoom for the first-ever Founders’ Speakers Series.

The Founders’ Speaker Series is an initiative of Enko Education Founders, Mr Cyrille Nkontchou and Mr Eric Pignot, for all their students and employees across the network to engage with Africa’s greatest minds.  “We invite incredibly prestigious speakers to inspire our learners, teachers and the entire community. Every month, guests will share their experience, journey, thoughts about the future via a Zoom Webinar,  and motivate our learners to dream and aim big for themselves and their continent.” shared Mr Eric Pignot, Founder and CEO of Enko Education. 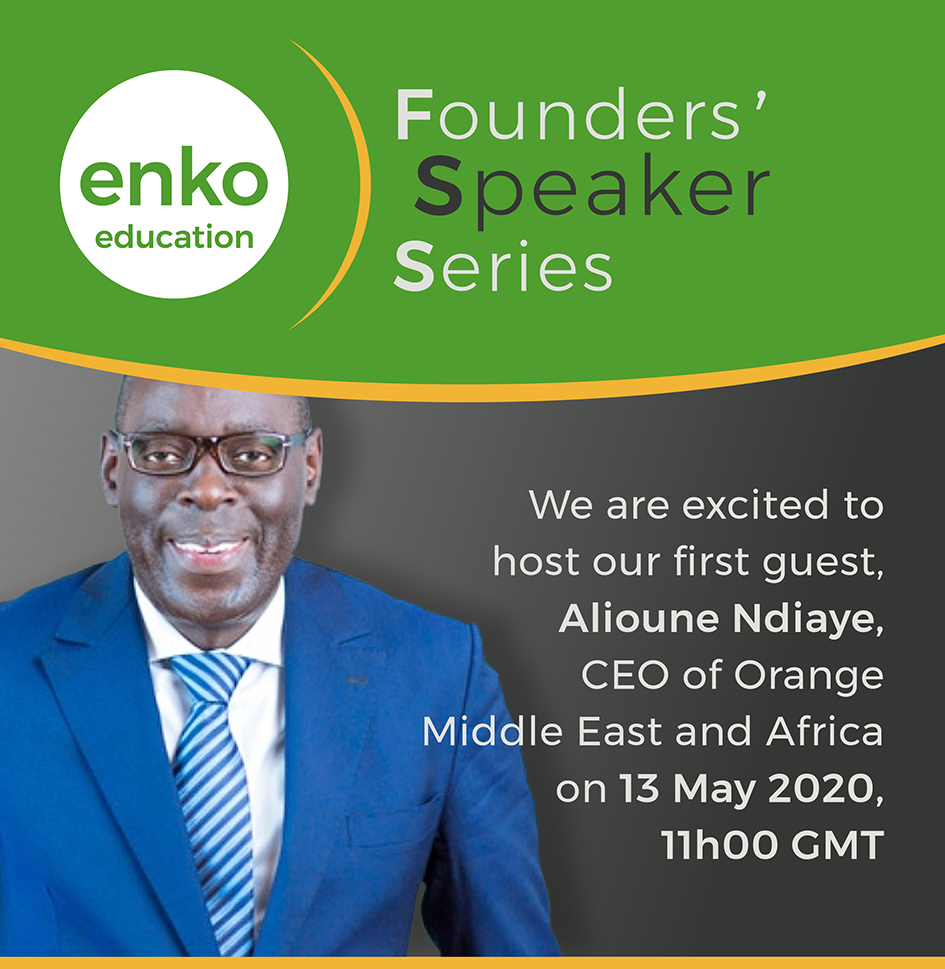 On the 13th of May, the Founders’ Speaker Series hosted one of Africa’s greatest mind: Mr Alioune Ndiaye, CEO at Orange Middle East and Africa. Born and raised in Senegal, he is the first African to lead one of Orange’s subsidiaries and is a very successful entrepreneur. Graduate of Télécom Sud Paris and Université Paris-Dauphine in France, he joined Sonatel/Orange in 1988 and has grown within the company. He led Orange Mali, which was the most successful in the group in 2002. Known for being very discrete, he had however accepted to come and talk to Enko learners and staff on the theme: “Building World Class Champions in Africa”.

“There is no fatality of failure for African Leaders”

Mr Ndiaye exposed the importance of ethical leadership and the need for ethical leaders in our continent, who have a clear vision and are willing to take risks. “There is no fatality of failure for African Leaders,” said Mr Alioune Ndiaye while daring our students to start and accept failure as part of success. For him, the most important is the ability to raise again after falling. Enko students from Enko Waca Campus in Senegal, Enko Ouaga Campus in Burkina Faso and Enko Riverside Campus in Mozambique were able to interact live with him by asking him pertinent questions about his experience and journey. “The most inspiring and motivating part for me is when Mr Ndiaye said he would never turn down any challenge and he is not scared to fail, precious advice for us students and future leaders of tomorrow,” said Lisa Brighenti, DP1 student at Enko Waca Campus.

Many prestigious and inspiring speakers are expected in the next Founders’ Speaker Series, including Mr Mossadeck Bally, Founder and CEO of the Azalai Hotels Group, the flagship hotel chain in West Africa.

Enko Education is a network of African international schools founded in 2013, which aims to increase access to high-quality international education for young people in Africa. Enko Education offers international primary and secondary curricula to provide young talented Africans with the opportunity to gain admission to the very best universities in the world. 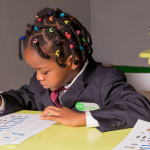 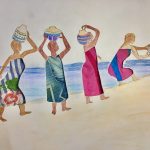