Our children “flit between Facebook and Twitter and Snapchat while simultaneously uploading a selfie to Instagram and texting a friend. But when it comes to evaluating information that flows through social media channels, they are easily duped.” (Stanford study)

From its creation at the end of the 1960s, the aim of the IB programme has been to get students thinking about how knowledge is formed, and to enable them to develop critical analysis skills with the “Theory of Knowledge” (TOK) module. Today, we can see very clearly that the creators of the IB programme were visionaries. Now that children, adolescents and then adults have access to a vast array of information via social media, what could be more crucial than being able to pick out the wheat from the chaff?

A study published by Stanford University highlights the importance of being able to sort through the information received via the various available channels. Our children are “digital natives” – an expression created to describe young people born after the advent of the World Wide Web – who, from the very earliest age, learn to play with tablets, consoles, computers and other connected devices as if this were the most natural thing in the world. But their skills are severely lacking when it comes to evaluating the validity of information available via social media.

Every day, we are awash in an unprecedented flood of information. The best-case scenario is that we become well-informed and more intelligent; in the worst case, we become poorly informed and more obtuse, depending on the quality of the information and how we handle it. Our ability to manage the information flow can also affect how we act as informed citizens in the democratic debate, as noted by sociologist Michael Lynch in a New York Times article in March of this year.

The study, which was conducted over 18 months by the Stanford History Education Group, was intended to analyse the attitude of young Americans, from college to university, with respect to certain types of information. The team defined five types of exercise per level. A middle school student should be capable of distinguishing between an advertisement and an informative article; a high school student should be able to evaluate the validity of a source; a college student, who spends a lot of time carrying out research online, should be able to distinguish between information obtained from different sites and pick out information from partisan sites that only present a part of the real situation. The results of the assessments (five types of exercise for each level), carried out by the team over a number of phases, appalled the researchers.

The responses gathered (more than a thousand, from various different types of establishment) demonstrate that young people are severely lacking in the ability to evaluate information available online and often take highly questionable statements at face value. The researchers therefore recommend that sessions devoted to researching facts online and to the ability to understand different information sources be included in education programmes. The exercises that they proposed can also serve as the basis for discussion with young people on this subject.

It is absolutely essential for the development of our society that young people, who represent our future, are able to distinguish between information and misinformation. The media is full of rumours about conspiracy theories; Mark Zuckerberg, founder of Facebook had to respond to criticism after the US election campaign because of a flood of unverifiable information during the last few days of the campaign, which could have influenced the final result of the elections. He promised to find an effective way of fighting against false information on the social network. But nothing can replace common sense and a good education in our communities. For a well-informed citizen, forewarned is forearmed! It is therefore the job of educators – both teachers and parents – to work together to help young people understand that unverified information is no more than rumour, and to teach them always to look for the source of the information, as well as to think about what the source may gain from circulating it.

Parents, teachers, educators – what do you think? Let us know how you feel about this by adding your comments below!

“He who does not know the truth is a fool. But he who knows the truth and calls it lies is a criminal”
Berthold Brecht, Life of Galileo 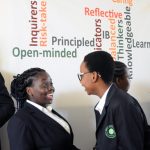 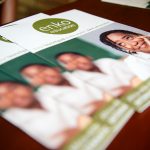