The inauguration of Enko Ferndale, the newest school in the Enko Education family that already offers a high-quality international education to students in four sub-Saharan African countries, took place on Thursday.

“Support for education is a key priority for France”

Charlotte Montel, Principal Advisor to the French Embassy in South Africa, took the floor to welcome the establishment of this first Enko school offering the International Baccalaureate in Johannesburg. She also spoke about France’s commitment to the development of education in Africa, and thus to the Enko project.

This commitment was also demonstrated by the presence of Proparco, the private sector finance subsidiary of the French development agency AFD, which has been an investor in Enko Education since August of this year. 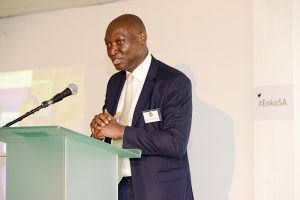 Cyrille Nkontchou, co-founder of Enko Education with Eric Pignot, spoke about the beginnings of their entrepreneurial venture, which came into being just two years ago with the acquisition of the Amazing Grace school in Johannesburg. Enko Education has now expanded into three other countries on the continent: Cameroon (Cyrille Nkontchou’s native country), Ivory Coast and Mozambique. 2017 will see the opening of two new schools, in Ferndale and Mozambique A greater percentage of students in Africa than in other continents aspire to a higher education in foreign universities. Enko Education was established to meet the needs of these young people. 6% of secondary school students want to study in another continent. High school diplomas or certificates from African countries are not always recognised by foreign universities, however. The most prestigious universities acknowledge the under-representation of African students, and often seek to remedy this shortcoming. 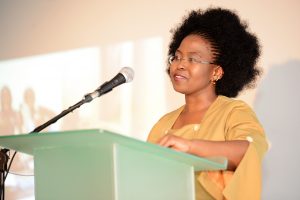 “We are doing nothing less than changing the world!” .

Nowvuyo Mzamane, the enthusiastic Academic Director of the Enko Education schools was proud to share the experiences of Enko students, which highlight the rich educational environment offered by our programmes (see our interview with Adzo Ashie, Regional Development Manager IB for Africa, which you can read on the blog). She spoke about three students, among the first to attend Enko schools, who have already been offered conditional places at prestigious universities in the United Kingdom and Australia; some have also been offered scholarships to finance their studies. She then presented Enko Ferndale, which will open its doors on 18 January of next year, initially offering a Cambridge IGCSE programme for grades 8, 9 and 10, followed by the IB Diploma programme for grades 11 and 12 starting in 2018. She specified that it will also be possible for students from northern hemisphere countries (who therefore finish their school year in June) to start in September. 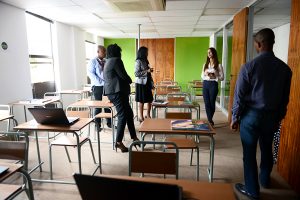 From the very start of their venture, the founders’ main priority has been to offer the best international education at affordable prices. School fees are on average five times less than in schools offering the IB curriculum throughout the rest of the world. However, aware that these fees are still high for African families, Enko Education has also undertaken to take between 10% and 20% of students on scholarships, in each of its schools. 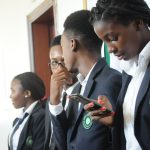 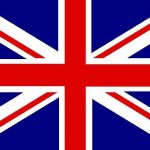